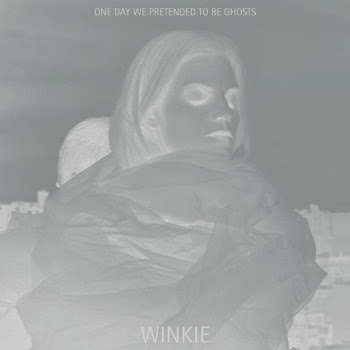 Check out the band at their official Website, Facebook, BandCamp, SoundCloud and Twitter. The NYC duo are husband and wife Peter Santiago (Bass/Keys) and Gina Spiteri (Keys/Vocals) and their latest album is the highly enjoyable “One Day We Pretended To Be Ghosts“. Their sound has been compared to The Cranes, My Bloody Valentine and Bleak. I really want to thank them for taking the time to participate in this edition of First/Last.

Thanks, guys. I must say, that it’s always fantastic when a band reaches out to me and I instantly dig what they are doing. Thanks so much for that.