“If previous Winterpills albums have each represented a step forward in a continuous creative unfolding, All My Lovely Goners surely counts as a leap. The western Massachusetts band’s fifth release, which came out Feb. 14, 2012 on Signature Sounds, stretches well beyond Winterpills’ previous boundaries on thirteen new songs that are at once identifiable, yet broader. All My Lovely Goners embraces the hushed vocal harmonies and graceful chamber-pop sound the group has made its trademark, while pushing the quintet into new sonic realms. Together, singer/songwriter/guitarist Philip Price, singer/keyboardist Flora Reed, guitarist Dennis Crommett, bassist Brian Akey and drummer Dave Hower have essentially redefined the creative spirit of Winterpills.”

The band plays a free show tomorrow night as part of WYEP’s Final Fridays series. My thanks to songwriter Philip Price for taking the time to play along in this edition of First/Last. 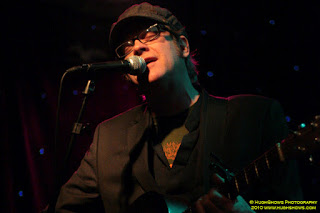 Thanks, Philip. It amazes me that my town will forever be known as ‘the city with fries ON the sandwich’.