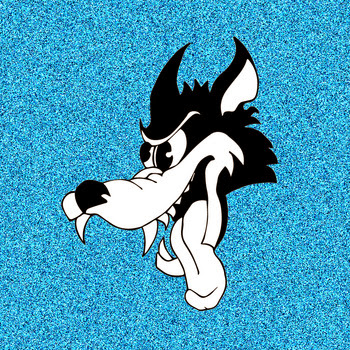 “WISC originally consisted of the acoustic duo of Jason Gamble and Brendon Bassler, who began playing together in 2011. After building and performing a large repertoire of original music (primarily written by Jason Gamble) the need for the group to expand became more evident. Over the next few years, the group gigged with several different musicians, finally settling on their current lineup in December of 2013 – with Josh Williams on percussion, and Nick Adams on double bass. The
goal had always been to have a brush oriented drum player, and an upright bass player to incorporate elements of jazz into the compositions.”

Wolves in Sheep’s Clothing are an acoustic progressive rock band from Indiana, PA. They released their debut “Underground Lullabies” this past Spring and you can hear them play live tonight at Cattivo as they support my bros in Nevada Color along with William Forrest and soon to be on the blog My Friday Slacks. I want to thank Brendon Bassler (Bass/Backing Vocals) for taking the time to participate in this edition of First/Last. 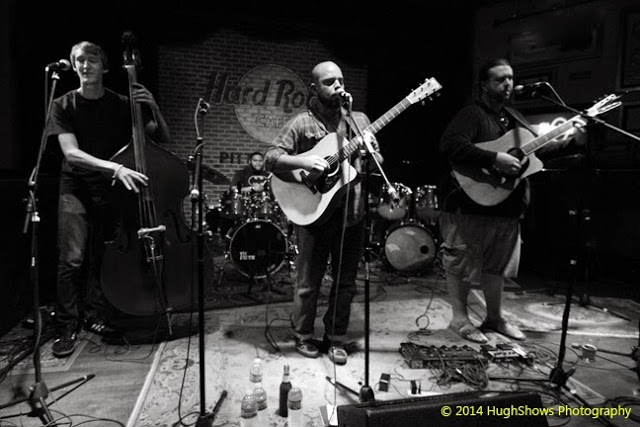 I remember I wanted Beck’s Loser. You know, ”Soyyy Un Predator – I’m a loser baby so why don’t you kill me?” I thought the music video was so weird and dark and scary and cool, and I wanted to know more about what this was and where it was coming from. My mom, however, thought otherwise. She scolded me once while singing the lyrics along to it in the car and changed the station. Kids are going to hear it somewhere. Although he didn’t swear in it, I guess my mom wanted to put off my knowledge of the existence of suicide as long as possible. I ended up getting the latest Presidents of the United States of America tape in my stocking for Christmas. Which as it turns out, I really enjoyed. I love ‘Peaches.’

I bought or traded Mike Miller from Endless Mike and the Beagle Club for their newest release, “Side B”, I think it’s called. It’s so cool. Check it out. I don’t want to buy anything else at the moment because I know I will be let down. It’s one of the best albums I’ve heard in awhile. However, I have high hopes for the Homeless Gospel Choir care package I am expecting. I also recently bought the new Counting Crows and the new Ryan Adams albums.

I’m sure everyone says that this is a tough one. I would like to talk about the fact that people don’t listen to albums anymore, for a second. With the recent explosion of digital/downloadable music, people have really gotten away from buying and listening to albums. I personally can say I don’t download music. I’m old school, I guess. There’s just a certain appreciation you get for an album when you buy it and hold it in your hand, and flip through the inserts during that first play-through.

Again, not to sound cliché here, but I don’t think I can pick just one. Led Zeppelin’s “Physical Graffiti” and “III” are great. Bob Dylan’s “Freewheelin’” is great. Third Eye Blind’s self-titled, Counting Crows “August and Everything After”.

I didn’t really love Norah Jones’ follow up to “Come Away With Me”, which to my ears is a near perfect album. The Black Keys are great, but nothing has really struck a chord with me like “Chulahoma” did, and I feel like I keep chasing that sound. I dunno’, sometimes I like stuff more at a later listen. I also try not to put unrealistic expectations on artists. We are all human.

I saw Elton John and KISS at a young age, but can’t remember which was first. I saw a hair metal band that almost made big, called Friction. I also saw BB King when I was a kid, and Chick Corea and Pat Matheny.

I saw the Punch Brothers. They were too good. I think they are aliens or robots or something. I also saw PICKWICK an up and coming band from Seattle. Good stuff. There is a speakeasy style place in Cleveland, OH called The Velvet Tango Room. The house band there is three fine local gentlemen that play bass, piano and sax 6 nights a week together. They are the real deal. Saw them recently.

I really liked seeing The Roots when I was 16. Phish at Merriweather in 2012 was great. I saw both Sean Jones and James Carter play separately at two small venues and it was a beautiful display of modern jazz and soul surviving.

I thought I would give Daft Punk a try but it turned out it was a cover band. I accidentally saw a Daft Punk cover band. I still don’t get it. But hey, whatever floats your boat.

I always like to stop in the strip. Walk around. Stop by the shops get a coffee and street food and people watch, and blend in the best I can. I remember driving there from Erie when I was a kid; when the skyline reveals itself there’s this cool feeling I can’t really describe. I still get it. I love the venues we have played in the South Side and the Thunderbird in Lawrenceville. I like to stay at the priory in the North Side, and I’ve spent some time at the James St. I have fond memories of weekends in Mt. Washington and Oakland neighborhoods with my college friends. Shadyside is cool too, but I only go there to get my apple stuff fixed; I’m pretty low brow. The quaint blocks of Bloomfield and Friendship always remind me of a girl I dated for awhile. One time after a show in the South Side, a random yinzer through an unopened PBR pounder at my windshield and smashed it. Buzz-kill… and a waste of perfectly good hipster juice.

Thanks, Brendan. You know, nothing screams disappointment as when you are all excited expecting to discover a new band and they turn out to be a crappy cover band… oof.