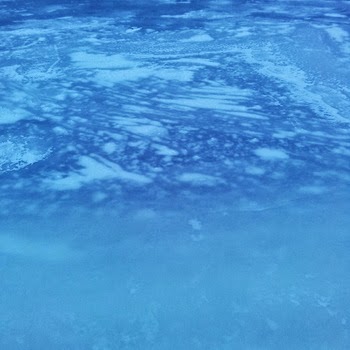 “Having a music project isn’t trite yet, right?”

Wrap Around is Andrew Yoho’s ’emo-folk’ project who is on the bill tonight for the Jordaan Mason Spider House gig tonight. You can check out his BandCamp as I thank him for taking the time to participate in this edition of First/Last.

While this is a little embarrassing, it was actually “Melt” by Rascal Flatts. I had a pretty plain taste in music for a while, so I could say that the first album that changed all of that was “Veckatimest” by Grizzly Bear, which remains one of my favorites to this day.

That would have to be The Velvet Underground’s eponymous album. Not only is ‘Pale Blue Eyes’ literally perfect, but it was my first experience with any sort of experimental or spoken word stuff.

This one’s hard to answer, because I try to keep an open mind about any album as an expression of the artist in whatever way they saw fit, but I guess “Ultraviolence” by Lana Del Ray was a bit of a letdown. I loved everything she had done up to that point and “Ultraviolence” just didn’t have as much traction with me for some reason.

Same as before, it was technically Rascal Flatts and Kenny Chesney, and while I don’t regret it, it’ll never compare to the first Pittsburgh show I attended, which, as I recall, was Brightside, Brave Bird, and You Blew It! It was formative, to say the least.

It’s actually been stupidly difficult to see shows lately, but somehow I wound up at a Chattel Tail show a little while back that I adored and couldn’t have happened at a better time. Not to sound like a doofus, but Laura Lee Burkhardt may be the most darling person ever???

While all the house shows and small venues of Pittsburgh flood my heart as a barrage of amazing and blurry moments, I have to say that seeing The Fruit Bats and Vetiver play was my favorite due to Breathe Owl Breathe’s opening for them. Everything they put out floors me with how subtly impressive and lovely it is and if I hadn’t gone to see The Fruit Bats, I’d probably never have found them.

Stone Temple Pilots with I think the Neon Trees and Cage the Elephant? It was rather forgettable. :/ the highlight was seeing someone text the big display above the stage “you lost the game” and hearing a third of the crowd groan at the same time.

Though I hate to use the past tense, I used to be much more involved with the city than I am now. When I got out of high school, I made it my mission to get sucked into the city in a big way and now it feels as if everything from that time on has been pulling me away from it, like gravity. I love house shows more than most things, whether it’s the intimacy with the bands or, perhaps stronger, the intimacy with a stranger’s house as a venue. It’s been a dream of mine since the Vatican’t first went down to someday have my own show house, though it may not be in Pittsburgh. The people I’ve met in the music scene and out of it in the city are easily the most interesting and kind spirited people I imagine I’ll ever meet, but maybe that’s just like, idk the filter of youth? Whatever, Pittsburgh rules and I miss it a lot.

Thanks, Andrew. As I mentioned yesterday, sweet line-up at the equally sweet venue tonight. I have to agree with you, I love house shows more than most things!