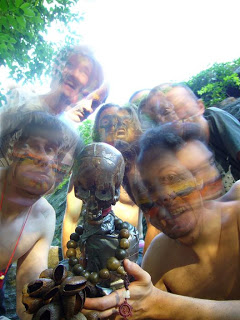 The band plays tonight at Howler’s with City Steps and Delicious Pastries. My thanks to guitarist Dan Rosato for taking the time to participate in this edition of First/Last.

Thanks, Dan. Nice call on the Morricone. Noting a soundtrack as a favorite album is probably a first on the blog.