Image of the Day-“Neighborhood Roofs (Acoustic)” 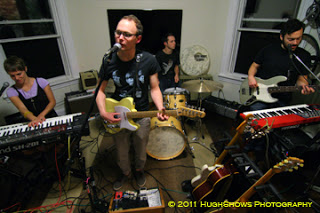