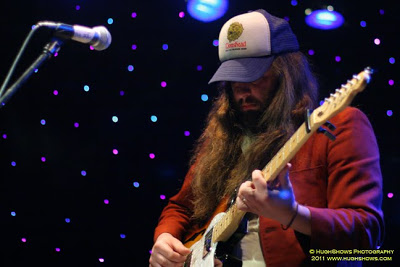 Timothy Showalter is Strand of Oaks. His minimalist tunes were actually very well received by the near sold out crowd. Not to take away from his music, which was quite good, I have to believe that his engaging demeanor throughout the set also had something to do with the audiences rapt attention. Turns out the guy was just as nice off stage.

My buds over at Draw Us Lines have been big fanboys of him for awhile and have pimped him more than a few times. Here’s an interview they conducted with Timothy. Here’s a Daytrotter session to groove on.