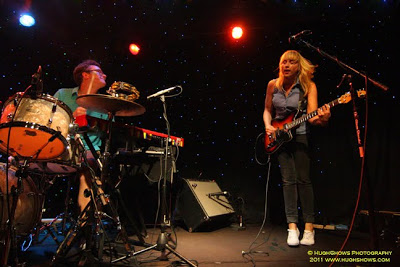 For the last several visits to Pittsburgh, the band has been playing the Brillobox. Their inaugural stop at Club Cafe was a sell out. A STR only sell out. Listen, I have been to Club Cafe countless times over the years and have been noticing a strange trend as of late. Instead of standing five deep by the bar, which sucks for sure, patrons are nestling themselves around the foot of the stage for the show. I tried it for Joe Pug (just to get the shot) and it was literally a pain in the ass after awhile. Unfortunately for me, I couldn’t hang in that cross legged position too long and bailed early on in the set. Really dumb move on my part because they did sound great. My onle caveat is that they seem to play here often and I am sure they will be swinging through town soon enough. I just realized that the new normal of sitting down at the CC started when I became a cranky old bastard. Another perspective on the show here. More photos here.