Image of the Day-“Darkness On The Edge Of Town” 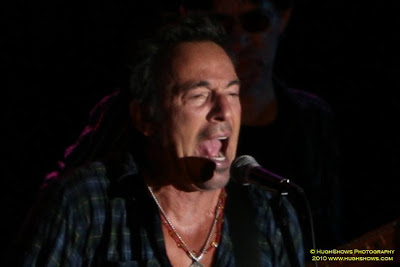 For the last several years I have not been a fan of Bruce’s live stuff. Ever since his Seeger Sessions tours, I have felt that he ‘screams’ all his songs in concert and had no desire to even bother with seeing him again. That thinking was premature as this show was probably my favorite of the year. Could it be he had the Houserockers backing him and was more loose than usual? I don’t know but even when he was ripping it up on lead during several of Joe’s tunes, they sounded great. Setlist here.