Image Of The Day-“The Day We Met” 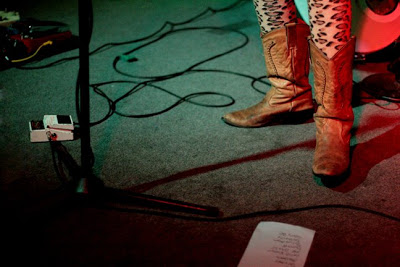 I love SB&TBS. They have been through town a few times since I discovered them awhile back and for some reason or another I couldn’t make the show. I had already snagged a ticket to see this show (The Sadies RULE!!) and was thrilled when they were announced as support. Suffice it to say they played a terrific set and as a bonus performed my absolute favorite song of theirs (see post title) at my request! Scratch off another must hear live tune before I die.

It was actually quite awhile since I have been to the Thunderbird. I was kind of nervous in that the last time I was there to catch The Last Waltz Ensemble, I got there late after the Kevin Drew show at CMU, and the place was silly packed. I couldn’t even get to the main room. I had dour hopes for this show but getting there early enough to snag an upper level table and not having a crazy amount of people makes it one of THE best rooms in the city.