Image of the Day-“Death Is A Warm Bath” 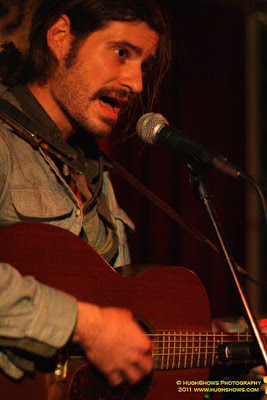 Did I say in my last post that The Low Anthem was one of the darkest shows I attempted to shoot? Well, Dan opened the night and I was barely able to get one good photo out of his set due to the fact that it was even darker! He actually used to be in the band and joined them onstage for a tune which…I couldn’t get a photo of because I was sitting on the floor. No worries.