Image of the Day-“Dye The World” 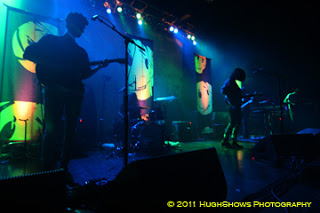 People often ask me just how I get to photograph all of the shows I do? Among many things, it’s a lot of work getting permission from the bands themselves. Take this gig for example. I contacted the Arctic Monkeys, their label, their publicist and the same for openers Smith Westerns. After a week or so of hearing nothing, I sent an inquiry to all involved and was finally granted approval from Fat Possum Records, Smith Western’s label. Cool. Night of the show I find out I am only allowed to shoot them and not the Arctic Monkeys (they are on Domino). One major thing I have learned is not to be bitter, upset or even disappointed in these situations because I feel I am still one of the luckiest music fans in the city to be able to do what I love to do and as often as I do it. Is it surprising I might have got a little annoyed when the band came on and was in near darkness for the entire time I was allowed to shoot? Seriously, no front lights at all? That’s O.K., I am not bitter…Much 😉