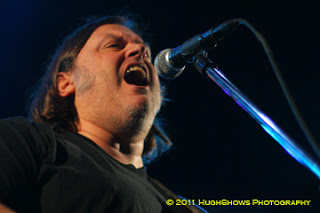 This was the ’20th Anniversary Girlfriend Tour’ where he and his tight as hell band came out and stormed through the iconic album from start to finish. I was surprised when the next night a couple friends where unaware that he was even in town and that he was celebrating the album by playing it. The band sounded absolutely fantastic and you couldn’t tell that illness required him to cancel his afternoon radio appearance that day.