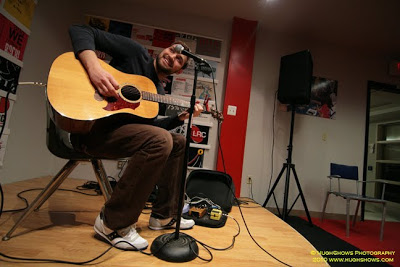 Imagine hanging with a buddy for a couple of hours as he noodles around on his guitar. Then consider that your buddy released your absolute favorite album of the last year. That was the case for this ‘show’. A handful of willing students (and some parents) showed up to sing-along, shout out requests and take in the merriment. Josh played stripped down versions of the album tracks, obscurities and crazy covers ranging from The Beatles to Rihanna. He also tackled songs from Radiohead, Pink Floyd, The Zombies, and OutKast among others. Some of my favorite songs he did were by other Pittsburgh artists including Lohio, Boca Chica and Donora. I was considering not going to this being a late (for me) weeknight but I am really glad I did.