Image of the Day-“Welcome, Ghosts” 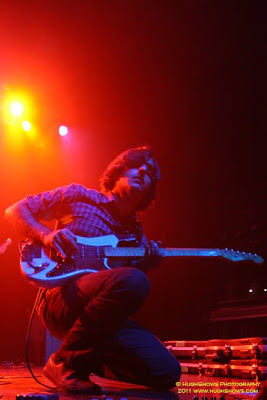 I was amazed at the amount of people at this show. This isn’t a household name band but apparently they have a lot of fans around here. The usual three song limit was fuzzy in that I didn’t know when one song ended and the other started. No complaints as they sounded real good.

On a technical note, all my shots were at an aperture value of 3.2. I have a lens that is capable of 1.4 which lets in way more light. Stupid me had the wrong setting which forces the photos to come out very dark. Note to self: Don’t pound beers before a shoot…DUH! Scott Mervis’ review here. Setlist here.