Image of the Day-“Wonderful Maker” 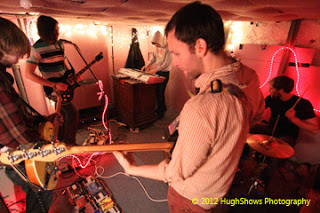 The band is preparing to release their debut LP (on vinyl, no less) at The Shop on February 11. They were cool enough to send me a preview and I have been cranking it for over a week now. I wanted to hear this live and it worked out I could ‘sit in’ on one of their practices. I’ve said this before, there’s nothing like a ‘personal’ concert as a band plays to a room of…me. So great. I have to warn those of you attending the gig, this band is LOUD! Imagine being surrounded by the band as I was in that little room? It was awesome! As I went to leave, the band kept roaring on downstairs and I couldn’t believe that the dishes in the kitchen cupboard were actually rattling. Yeah, bring some earplugs to The Shop. I’ll have more on the band before the show.