Image of the Day-“The World Is Ours” 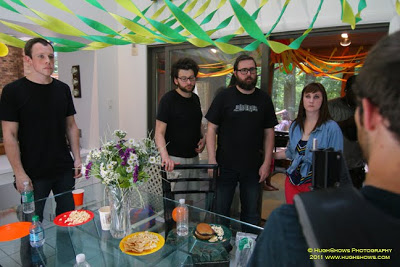 Today my friends in Donora have announced a release date for their new record “Boyfriends, Girlfriends” (September 27th) and a date for the CD release show at The Rex (September 16th). AOL Spinner has just premiered a new video from the album track ‘The World is Ours’ here. If you look real close you can spot the entire HughShows clan throughout the mayhem.