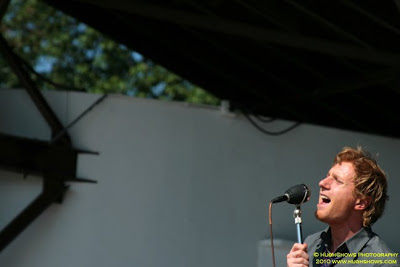 If you scroll down to the bottom of this page, you will see a widget about Ben Hardt’s campaign to produce his new album. He would like to release 3 albums in 9 months and is asking the public for donations to do so. As of now, there are only 6 days to go with a little over $2000 to reach the goal. I watched the video update from Ben and realized that if he doesn’t reach that number, no money is collected. I would hate to see that happen. Ben is probably the biggest supporter of local music we have in the city. I cannot tell you how many times I have been at shows by local bands and Ben has been in the audience. Seriously, countless. He is a solid dude to boot and his debut album is so unique and great that I cannot wait to hear the new stuff. If you are a regular reader of this blog, you would realize that the main reason I put my time and energy into doing this is to promote music, mainly local, with any exposure I can. Without sounding too much like Sally Struthers (which might be too late), I am confident it can be done. Pledge here.

Update: Ben has reached his goal! You can still donate up to Friday if you wish.