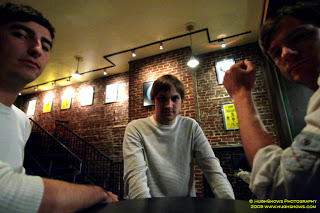 Of all the bands I have covered in Pittsburgh, I have easily photographed Meeting of Important People more than any other. Since seeing them for the first time in 2008, they quickly became one of my favorite bands, local or otherwise. Their debut album was my favorite of 2009 and now they working on their third release which is where you, Joe Public music fan, come in. They are going the Kickstarter route which enables you to secure a copy of the album, and a host of other incentives, by donating now to assist in funding the album making process. For all the info go here.