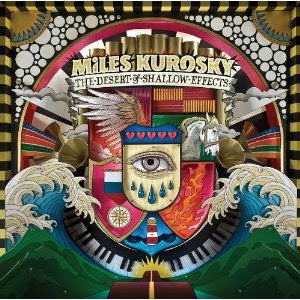 I end my 2010 year end Advent album countdown with Miles’ solo album. Better known as the front man to Beulah, he not only released a great disc but put on one of the better concerts I saw this year. Not only was he cool as hell dude in person, he was nice enough to participate in the final installment of First/Last for 2010!