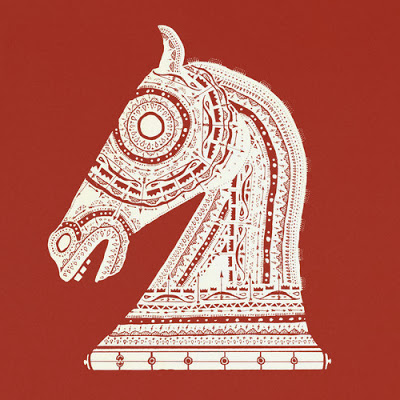 “A young band from Columbus, Ohio led by singer-songwriter and multi instrumentalist Zac Little. The group utilizes a wide range of instrumentation (violin, mandolin, dulcimer, Turkish Baglama, floor percussion) with the more contemporary elements such as synthesizers and electric guitars to create a unique merging of rustic and modern. Folk and country motifs converge seamlessly with soaring vocals and a vibrant post-punk energy. While the group formed in Columbus Ohio, a majority of Saintseneca’s members, including songwriter Little, hail from the rural hills of Appalachia. It is a landscape that has infused the group’s expansive and evocative music with a deep sense of introspection. “I was raised on farms in Appalachia, “Little explains, “And I think that my perspective on music was shaped by where I grew up. Being so isolated played a huge role in my music and in the subjects I write about.”

Check out the band at their official Website, Facebook, Twitter, YouTube, BandCamp and Spotify. Our Columbus neighbors hit Pittsburgh tomorrow night at Garfield Artworks touring behind their latest effort, the Anti- debut 7″, “Uppercutter” sharing the bill with Vikesh Kapoor and Advance Base (ex-Casiotone for the Painfully Alone). My thanks to Zac Little (Multi-Instruments/Vocals) for taking some time to participate in this edition of First/Last.

Thanks, Zac. To let you in on a little secret, those sandwiches are regrettable ANYTIME… unless you are so drunk you don’t give a shit. Blaspheme from a yinzer, I know, but let’s get real here.