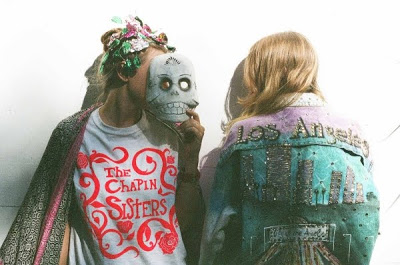 The Chapin Sisters are a sibling duo that have just spent the last few months touring with She & Him as openers and part of their backing band. They are out on a fall headlining tour that brings them to Pittsburgh on Monday. Courtesy of the band, I have a pair of tickets to giveaway to a lucky reader of this blog. To enter, just email me at hughshows@comcast.net with the subject line ‘The Chapin Sisters’ along your full name in the message. I will contact the winner Monday afternoon. Lily Chapin was kind enough to participate in this edition of First/Last.

Thanks Lily. I HAVE to track down that Fabio album. It’s sounds wretchedly awesome.