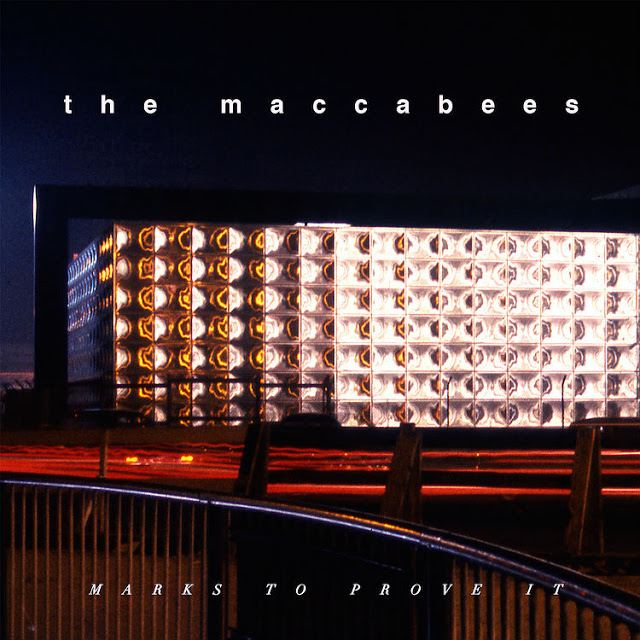 “Hailing from South London, kinetic indie rockers the Maccabees formed in 2004 around vocalist Orlando Weeks, guitarists Hugo and Felix White, bassist Rupert Jarvis, and drummer Robert Dylan Thomas. The group’s first single, “X-Ray,” was released on Promise Records in November of 2005, and thanks to a strong XFM-Radio showing, the Maccabees were able to garner opening spots on an Arctic Monkeys tour. Fierce Panda picked up the second single, “Latchmere,” issuing it in the
spring of 2006. The band’s full-length debut, Colour It In, came out on Fiction Records a year later. Thomas left the band in 2008 and Sam Doyle was recruited to step in behind the kit. For their second album, 2009’s Wall of Arms, the band worked with producer Markus Dravs, who also collaborated with the Arcade Fire. Main stage slots at the Reading and Leeds Festivals would follow, then the band took two years off to write and record. The results, the album Given to the Wild and its lead
single, “Pelican,” arrived in early 2012. The LP hit the Top Five in the U.K. and received a Mercury Award nomination for album of the year. The Maccabees started recording their fourth full-length in 2013, but after citing struggles settling on a production style, no new material appeared until the single “Marks to Prove It” arrived in May 2015. Attempting a sound closer to their live performances than on prior albums, the more immediate Marks to Prove It followed in late July.”

The Maccabees are an an indie rock band from London who’s latest release is entitled “Marks to Prove It” which is featured in their live set. You can witness it first hand when they visit Pittsburgh for the first time on Friday, October 23 at the Thunderbird Cafe. In fact, you can go to the show on me as I am giving away two passes. To enter, follow me on twitter @HughShows and tweet:

I will randomly choose a winner and let you know if you are getting in for free by October 20. In the meantime, I want to thank Orlando Weeks (Guitar/Vocals) for taking the time to participate in this edition of First/Last.

I’m fairly sure the The Fugees “The Score” was the first record I bought.

This changes all the time but at the moment I’m listening to “Dongs of Sevotion” a lot !

I really struggled with the most recent Arcade Fire record. They are such an important band to me and “Funeral” would be in the running for my favourite record ever.

Lauren Hill at Wembley Arena. I was right near the front aged 16. Me and my mate Josh got given a load of gin by these women that were behind us.

I saw Her We Go Magic in London just before we came away on tour. They had a drastically new line up and it sounded so classy, almost like jazz. Songs that I know really well put into a totally different place.

PJ Harvey at Bestival in 2011 I think ? Was so perfect. She had this witchy sort of crows feather wreath on and it was dusk and I didn’t really know “Let England Shake”. I found it really moving. That also would be in the running for my favourite record ever. Sorry it’s a wooly list I’m making you…

I went to see Stamping Ground with a friend when I was about 18 and saw the most horrific clash of heads. These twins were moshing and as one jumped up the other was coming down and their heads smashed into each other. Ones teeth went through the other forehead and the others teeth went through their own bottom lip. There was blood everywhere. I wasn’t into that at all…

Pittsburgh is a bit of a mystery to me… other than knowing that I want to go to the Warhol Museum and the Botanical Gardens if there’s time.

Thanks, Orlando. That bloodbath at the show sounds really awful. Seeing something like that anywhere would be disturbing and at a concert would be even worse, in my opinion.