First Last ‘The Essentials’-Hallelujah The Hills 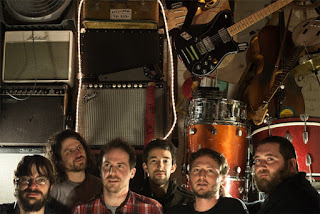 “Hallelujah The Hills have released two albums on Misra Records, toured with the Silver Jews, co-written a song with Triumph The Insult Comic Dog, collaborated with author Jonathan Lethem, helped orchestrate “The Monitor” by Titus Andronicus, relentlessly nagged Devin Davis to record a 2nd album, and have had a live performance interrupted by Chevy Chase.”

I still consider stumbling upon this little Boston band in 2007 one of the all-time favorite discoveries of my musical awakening in the mid-Aughties. Three albums and a bunch of scattered EP’s/singles later, the band has just released, “No One Knows What Happens Next” and as with everything else they put out, it’s just so damn good. I have made it a mission to never miss these guys when they hit Pittsburgh and so far, so good, with this upcoming Friday being no exception. I am really grateful to my boy, bandleader Ryan Walsh, for taking a few minutes to participate in this edition of First/Last. 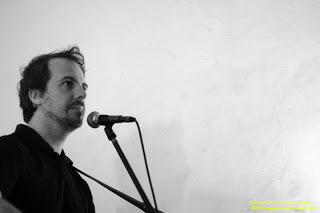 The first album I ever bought was a tie. Two cassettes at Lechemere’s (a department store). Van Halen’s “Women & Children First” and the “Back To The Future” Soundtrack. The latter probably ended up meaning more to me in the end.

I only get one? You cruel man. I’ll go with Van Morrison, “Astral Weeks”.

Hmmm, least favorite is hard because if I didn’t like it I probably didn’t spend much time with it and therefore don’t remember it. I thought that final Faith No More album should’ve been better.

House of Pain came and did two shows in my hometown of Dedham, Massachusetts at the height of their popularity. No one understood it but everyone bought tickets. Early show for kids, late show for adults. People were doing this sort of pogoing / mosh combo. I remember feeling terrified and exhilarating being part of an uncontrollable ocean of people. I met Danny Boy outside of the club and he signed a HoP sticker “To Brian…” They raced outta town after the late show to do their headlining gig in Boston. You see, it was a triple cash grab in one region. They were hustling hard.

My friend Joe is in this band called Creaturos. My friend TD is in a band called Big Digits. They played together a couple of weeks ago in a diner venue. It was so great! Wait a second, no, I just Ho-Ag play last week. I see mostly bands from around here these days. Not many national acts getting me riled up to see them live.

Another hard choice. I can’t remember my attention ever being as held as tightly as it was for the Tom Waits show I saw in 1999. Stomping on an apple box and pulling glitter outta your coat pockets is gimmicky in the hands of anyone else but Waits seemed like a zoo animal with a microphone.

I saw a Bob Pollard solo concert a year after the end of GBV that bummed me out a great deal. He hadn’t built up enough new material to sew together a whole main set with yet (this is no longer the case, imo). I walked out of there with my girlfriend at the time saying, “That’s not the experience I was trying to show you.” But, he figured it out, it’s awesome again.

Pittsburgh is a great city. Seeing you, Cindy Howes, and Manny every time encapsulates the Pittsburgh experience for me. You’re all different kind of music lovers. You all stand for something. I enjoy it.

Thank, Ryan. Will be good to see you again man.