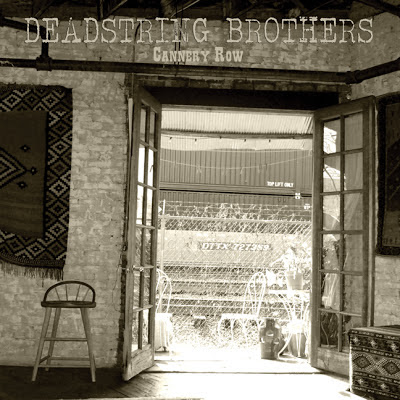 “It may be a surprise to hear the country rock sounds of Detroit’s Deadstring Brothers coming from a city better known for loud rock and roll, but disillusionment can take many channels. Desolation, frustration and regret have always been present where great country music was played, and from its bombed-out inner city to its sterile suburbs, Detroit has its share. Deadstring Brothers began in fall 2003. Since then, the band has worked to develop their own take on the American Sound, drawing influences from a variety of sources. Its all in there somehow, declares Kurt, but blues and country music just feel the most natural. The band has been touring steadily since the 2004 release of their eponymous debut and have shared the stage with acts ranging from Shooter Jennings, Cat Power and Jesse Sykes to Giant Sand, My Morning Jacket, Drive by Truckers and the Mekons.”

Check out the band at their official Website, Facebook, Twitter and MySpace. They have recently released their fifth album, “Cannery Row“, on the ever-so-awesome label Bloodshot Records. Hot DAMN, I have loved this band for so long and I am really excited that they are stopping in Pittsburgh tonight (6/19) at the Thunderbird Cafe! It’s an early show and the band hits the stage at 8 p.m. so don’t be late. A huge thanks to J.D. ‘Mack’ Mackinder (Bass/Vocals) for taking a few minutes to participate in this edition of First/Last.

Thanks, J.D. So excited to see your band play again after all these years!