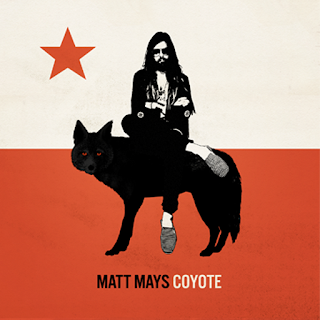 “Matt Mays is on a quest to find and create the music he hears in his head. When he stays still the sound drifts farther away: “when the vibrations stop,” he says “it’s time to move on.” A few years back, Matt left to embark on a journey into open space. To live in the midst of a world where anything could happen. A crusade into the sound, traversing the vast musical divide that he calls home. Mexico, California, Indonesia, Hawaii, Costa Rica, New York. Wherever. He used surfing, yoga, and a ukulele as tools to bring him closer to the melodies and words different places and experiences inspired. Eventually, the sound was found. As soon as he stepped off the plane in Halifax he started work an album he called Coyote: a proper home for all his experiences. Imagery painted with song. Coyote covers the whole spectrum of the sound that Mays finally found. “I’ve always loved animals that are beautiful but dangerous,” Matt explains. “It’s a good analogy for life. Coyotes are native to Canada, Mexico and the United States and that’s where Ilived while writing this album.”

Like many of my favorite artists’ from the mid-aughties, I consider myself lucky to have discovered Matt’s music and even more so to be able to have seen him play in Pittsburgh a few times. I dig everything he has put out and with the recent release of “Coyote“, it ranks as one of my favorites of his. My sincere thanks to him for taking the time to participate in this edition of First/Last. 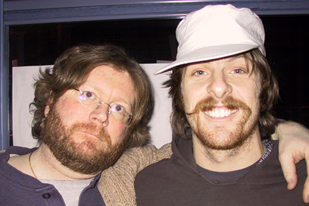 Thanks, Matt. As I mentioned, the new album is so great and would love to hear the tunes live soon. Pittsburgh awaits, buddy!