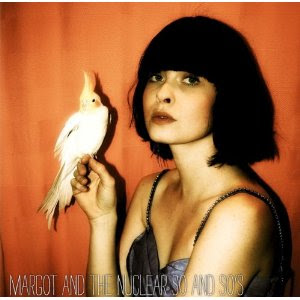 I have been a fan of M&TNS&S since before the band released their first album. Throughout many personnel changes, the one constant has been songwriter Richard Edwards to carry on the ‘Margot’ moniker. Their latest release has more of a streamlined sound with guitar replacing the ‘orchestration’ vibe the band had going. Make no mistake, it’s great stuff. Richard was kind enough to participate in the ongoing First/Last Advent spectacle of 2010.