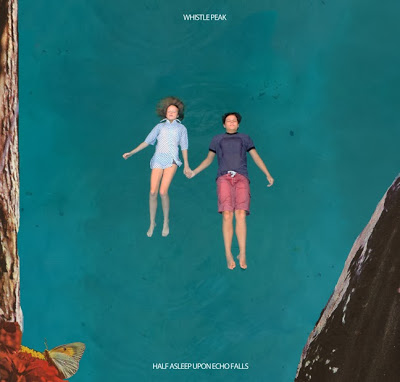 “Whistle Peak is pop music in disguise and experimentation at its core. It is music that takes you on a journey of the imagination, inhabiting fantastical lands while drawing from life experience. It is the particular phrased in the universal. It is children’s stories told by grown men. The music is upbeat and hypnotic, pulling you closer with each listen and surprising you with small amulets layered beneath continuous melody. Whistle Peak’s style combines folk and electronic music, blending synthetic and acoustic instrumentation with songs of love and loss, joy and darkness. Not to say these boys are downers, rather their songs are quite optimistic and redemptive, bringing a small smile to man, woman and child alike. Chill out, strap on some ear muffs and enter a world where nature rules and men and women are entranced in dream-filled slumber.”

The band is featured on the Paste 50 States Project as part of that Kentucky contingent. Their latest album is “Half Asleep Upon Echo Falls” from 2012 via Karate Body Records. I want to thank Billy Petot (Ukulele/Xylophone/Keys/Tambourine/Vocals) for taking the time to participate in this edition of First/Last.

Thanks, Billy. I hate to hate on Wilco anymore than one should but they really seem to be insisting on attaining that ‘Dad-Rock’ crown as of late. I would love to see that band blow me away as they did in the late 90’s.