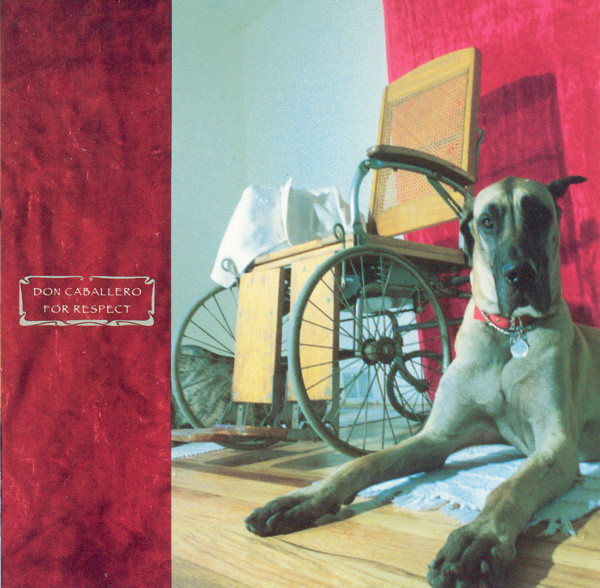 Damon Che is the drummer and founder of the instrumental rock band Don Caballero. Apart from followers of Pittsburgh’s local music scene, anyone who listens to post rock or math rock is familiar with Che’s work – whether or not they know that it’s actually him behind the drum kit. While there are many other math rock drummers that have become prominent before Don Caballero’s rise to popularity, it was Che’s drumming style that solidified the contemporary elements of math rock as a genre.

Historically, the first math rock bands were Rush and King Crimson. Neil Peart’s well-known virtuosity as a drummer not only catapulted Rush to global stardom, but was also instrumental in seeding early elements of post rock experimentation into mainstream classic rock from the ‘60s to the ‘80s. The same can be said for British rock group King Crimson, whose use of two to three drummers onstage attracted massive droves of fans to their blend of psychedelic jazz rock. While these bands were responsible for the formative years of math rock, it wasn’t until the ‘90s that the genre took on the form that we know it to be today.

Alongside Don Caballero, bands like Tortoise and Isotope 217 dominated the early to late’ 90s post and math rock scene. While the drumming style in all of these aforementioned bands have a similar polyrhythmic, unorthodox approach to rock, it was Don Caballero under the musical direction of Damon Che which pushed the drum-led, purely instrumental sound of the genre. Unlike most rock drummers, it’s rare to hear Che just simply keeping time in the background. In fact, it’s the opposite – his drumming practically nixes the need for vocals, leading each song while the guitar and bass are delegated to keeping time. This is what freed Che to develop his punk-inspired, progressive, and flowing style of playing the drums. And to this day, it is this style and sound that defines contemporary math rock.

You don’t need to look far to hear the influence that Che has had on the development of math and post-rock. His own former bandmates, whether they like it or not, carry the signature of Don Caballero’s indelible mark on the genre. After notoriously quarrelling with Che which led to Don Caballero being temporarily dissolved in 2000, guitarist Ian Williams formed the experimental rock group Battles in 2002. Known for using guitar loop pedals to combine different effects and create walls of sound, Williams’ work in Battles is an expansion of his seminal post-rock style from Don Caballero. While it can be said that both bands rely on a foundation of post-rock percussions, Battles’ sound is focused more towards repetition. And in his ‘new’ band, Williams is better able to express different aspects of his musicality. Expanding from different guitar effects pedals to a combination of his pedalboard, keyboards, MIDI controllers, and other electronic instruments, Williams represents the more than 20-year evolution of post-rock. And there’s no denying the fact that he developed his legendary chops under Che’s musical direction.

Today, Che is not even as famous as Neil Peart’s notoriously complex drum kit. But under the radar, his influence lives on. From the progressive and melodic rock of Historian to Man Your Horse’s experimental blend of afro-beat and math rock, the foundations of the genre are intact in modern music. And while there are many talented unorthodox rock drummers coming to the fore, not one of them has reached the level of genre-defining creativity that Damon Che has showcased throughout his career.