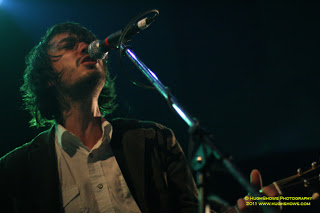 Even though they have been back to Pittsburgh numerous times, I haven’t seen the band play in over five years. That first concert will go down as THE least attended show I have ever been to. I still love the band, even as they veer away from ‘baroque rock’ to a more leaner sound. They sounded extremely tight at Smalls. Richard was way cool to do the First/Last dance in December as I rounded up my fav albums of last year. They are working on a new record and you can help out by going here.